Treatment For Epilepsy In Houston, TX

Neurology Consultants Of Houston provides patients throughout Houston, TX with premier epilepsy treatment. We take pride in providing our valued patients with quick and efficient care. Our physicians receive training through fellowships in electromyography (EMG) and neuromuscular diseases to ensure this. Our award-winning physicians have received extensive training and are highly qualified to provide accurate diagnoses and a wide range of epilepsy treatment options. With more than 25 years of experience assessing and treating seizures and epilepsy, you can rest assured you’ll receive premier care, unwavering compassion, and unparalleled professionalism from our expert team. 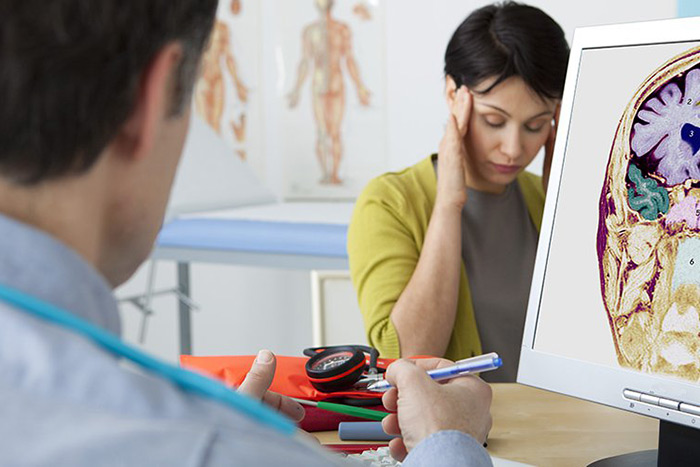 Epilepsy is a seizure disorder in which brain signals fire off abnormally, causing strange sensations, emotions, behavior, muscle spasms, and loss of consciousness. This particular disorder can be traumatic to both the sufferer and those around them. Relief from symptoms is often a lengthy process requiring frequent doctor visits and various changes in medication.

The Causes Of Epilepsy

There is no singular underlying cause of epilepsy. Epilepsy has many common causes, most of which are often initiated by other problems. Typically, epilepsy is the result of permanent injury to the brain. Epileptic seizures can occur without an apparent cause and often are idiopathic, which means the underlying cause cannot be determined or pinpointed. In some cases, patients with epilepsy will have no other neurological problems. Still, they may have a family history of seizures or epilepsy. Some of the possible causes of epilepsy include, but are not limited to, the following:

The Symptoms Of Epilepsy

The symptoms of epilepsy can vary in frequency and severity. They can range from a momentary loss of awareness to loss of consciousness and violent convulsions. Seizures are the primary symptom of this disorder. The type of seizure someone with epilepsy might have is dependent on the part of the brain affected and the underlying cause of epilepsy. Typically, seizures are classified as either focal or generalized. Some people will experience a strange tingling sensation or a sudden emotional change before each seizure. Seizures affect the brain’s coordination, and because of this, signs and symptoms of epilepsy may include the following:

What Is The Treatment For Epilepsy?

Epilepsy Symptoms and treatment are relatively easy to manage once the underlying cause has been determined. Treatment for seizures typically begins with medication. The type of medication prescribed will depend on the type of seizures the patient has. Additionally, medication dosage may need to be monitored and even adjusted from time to time. Epilepsy medications, also called anticonvulsants, help reduce the number of future seizures. Another type of treatment for epilepsy focuses on diet. Children with epilepsy are placed on diets high in fats and low in carbohydrates and protein. Adults with epilepsy are placed on diets low in carbohydrates. Alternatively, if medication and diets are unsuccessful, surgery will sometimes become necessary to remove the abnormal brain cells.

If you or a loved one suffers from epilepsy or generalized seizures, the expert team at Neurology Consultants Of Houston can help. With over 25 years of experience treating seizures and epilepsy, you can rely on our team to provide you with top-of-the-line treatment. To learn more or schedule a consultation with one of our consultants today, contact us at your earliest convenience.

We Can Help You with Your Neurological Disorder

Schedule an Appointment
Back to the top