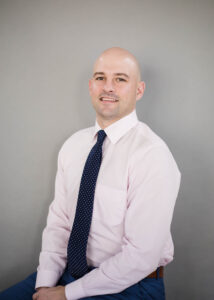 While growing up in a suburb of New Orleans, Louisiana, Dr. Chachere has always had an interest in practicing medicine. His great, great grandfather was a general practitioner in South Louisiana, his office was located on the same property where his grandmother still lives today. Determined to follow in his great, great grandfathers footsteps, Dr. Chachere was adamant on becoming the next doctor in his family. He attended his beloved Louisiana State University as an undergraduate and received a Bachelor in Biological Sciences.

He then attended St. George’s University School of Medicine where he was accepted into the Global Scholars program, his first year was in Newcastle, England and then on to Grenada for his second year. His final two years of medical school were based in New York City where he completed all of his clinical rotations. During his medical training, he was able to experience an array of different medical environments. Dr. Chachere then attended Baylor College of Medicine for his internship and Neurology residency in Houston. He served as a chief resident in his final year.

He was also trained in intra-operative monitoring of neurosurgical and orthopedic spine surgeries. During his fellowship, he cared for patient’s suffering from a multitude of complex seizure disorders, neuromuscular and peripheral nerve conditions.

While in Newcastle and Grenada for medical school, Dr. Chachere participated in a number of community fundraisers and volunteer medical care workshops. He continued his volunteer work while in New York City with the ‘New York Cares’ organization. He was elected as a member of the Gold Humanism Honor Society by his classmates during this time. In residency, he participated in clinical research projects involving seizure disorders, and neurologic auto-immune conditions such as Multiple Sclerosis and Primary CNS Angitis. While in his final year of training, he was elected as a Chief Neurology Resident by the faculty and his peers. He has been an active member of the American Academy of Neurology and has attended multiple national neurologic conferences throughout his training. In 2015, while at NYU, he was interviewed for a segment featured on CBS News concerning concussion care and long-term effects on athletes.

Dr. Chachere is a general Neurologist with an interest in the peripheral nervous system, neuromuscular disease, auto-immune conditions, epilepsy, stroke, headaches, movement disorders, concussion care, as well as many others. Throughout his training, he has treated patients with an array of complex neurologic conditions at tertiary care centers in many different medical settings and geographic locations.

Back to the top