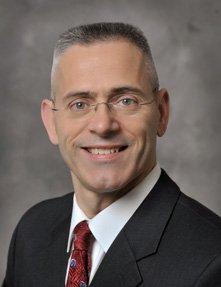 Dr. Irr had an interest in sports and athletic training while he resided in Buffalo, New York. There he worked as a high school student athletic trainer in multiple sporting venues while maintaining high academic standards. He later attended college at West Virginia University with intentions to pursuing a career as an athletic trainer at the professional football level.

He completed the athletic training curriculum at the top of his class and later received his degree in Bachelor of Science. It was late in his undergraduate training when he realized his pursuits and changed has goals. He later went on to receive his medical degree from West Virginia University.

He finished his medical internship at Allegheny General Hospital in Pittsburgh, Pennsylvania. He completed his neurology residency at the University of Texas, Health Science Center in Houston Texas. There he participated in weekly conferences, grand rounds, and later became chief resident. He then went on to do a neuromuscular fellowship at University of Texas.

Dr. Irr has been in private practice with Neurology Consultants of Houston, P.A. since 1996. He has been recognized as a Super Doctor in Texas Monthly, Top Doctor in H Magazine, and has received many letters of appreciation from both patients and their family members for his care and compassion. He is a general neurologist with an interest in disorders of the Peripheral Nervous System such as neuropathy, myopathy and conditions such as myasthenia gravis. He personally performs nerve conduction studies/electromyography on a daily basis. He also has a significant amount of experience with vascular disease and dementia.

The majority of Dr. Irr’s leisure time is spent with his wife and their two sons. He enjoys quality time with his family, fishing and target shooting with his sons and watching sporting events as time allows.

Back to the top